Buying cheap, third-party inks could save you a fortune.

A study by consumer organisation Which? in the UK has found printer ink continues to be more expensive than champagne and perfume.

Previous surveys have highlighted the price discrepancy and this year's concluded that "staggering" cost differences remain between first and third-party ink providers.

That included a set of inks for an Epson printer that cost the equivalent of NZ$4750 per litre. That could buy around 2850 bottles of branded beer in Aotearoa.

Many manufacturers warn against using third-party inks in their printers while some of HP's printers stop cartridges with non-HP chips from working at all.

Adam French, consumer rights expert at Which?, said that the choice of printer ink should be for the consumer and not the manufacturer.

"Printer ink shouldn't cost more than a bottle of high-end champagne or Chanel No 5," he told the BBC.

"We've found that there are lots of third-party products that are outperforming their branded counterparts at a fraction of the cost."

In total, 39 percent of survey respondents wouldn't use third-party inks because they were concerned they wouldn't work in their printers.

Consumer NZ suggests using third-party ink cartridges or refill kits to keep the price of printing low, highlighting the "considerable profit" the manufacturers make from selling their own inks and toner.

"Some even threaten to invalidate your warranty if you use products from other brands," it said.

"The choice is yours. Tests by consumer organisations overseas have shown that some third-party products are just as good as proprietary ones." 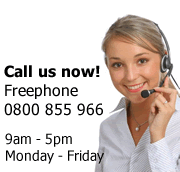 Sue left the following comment: made it easy to find what I wanted details on.... thanks

Sean left the following comment: Rose Anne was great to deal with.

"Returns are not Accepted to the PO Box"

Be sure to obtain an RA Number.